Welcome to the Sound Gems Back Catalog. In this section, you will find exactly what Sound Gems accomplished…well, Back in the Day! Join us for a trip down memory lane! 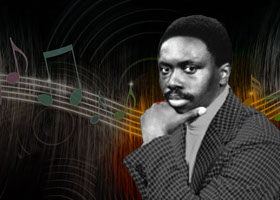 An R&B vocalist from Washington, DC, USA. The impact of Curtis Mayfield on the soul market in the early 70s was most evident success of William DeVaughn, whose sound and style was uncannily similar to that of Mayfield. DeVaughn signed with Sound Gems in the early 70’s. The first release eventually turned out to be DeVaugn’s biggest success “Be Thankful for What You’ve Got” along with “B” side “Diamond in the Back.” In the early days of Sound Gems, the company was only capable of issuing a limited release in a few cities. Sound Gems then licensed the master to Roxbury (an RCA distributed company) to obtain national and international distribution.

‘Be Thankful For What You Got’ (number 1 R&B, number 4 pop) Billboard Magazine 1974. Another magazine, Record World, listed the record as #1 on it’s “Pop Chart.” The follow up song, “Blood Is Thicker Is Water” made Top 10 R&B (number 43 pop) the same year. DeVaughn hit the charts again in 1980 with “Figures Can’t Calculate.”

“Be Thankful for What You got”, was the summer jam of 1974. “Diamond in the back, sunroof top, digging the scene with a gangster lean” was the buzz phrase. 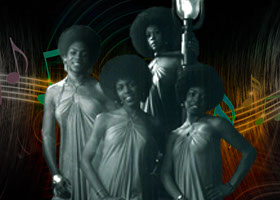 THE CHARMETTS were instrumental in defining the girl group sound, and were one of the style’s most soulful acts between 1970 and 1977. Bridging Gospel and  uptown Philly pop-soul, the group projected a beguiling mixture of tenderness and innocence that was grounded in R&B as much as Soul/Pop. 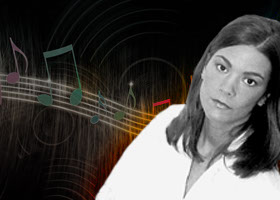 Deirdre`s voice is like velvet and the music has a real relaxing R & B flavor to it that’s fantastic. The music and words have real visual qualities about it tied with the emotion and expression. Deirdre`s  affectionate songs capture every listener’s ear. The listener can feel and see what is going on. 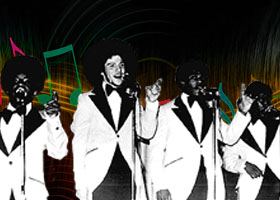 the Philly POP SOUL ERA. Although a lesser known group If you are a fan of the Stylistics, Delfonics, or a fan of the Philly soul sound, these boys from Jersey will not disappoint. High and Mighty” sang compositions with highly crafted arrangements and a contagious, melodies.

Hear them perform the Sound Gems song “THE FIRES ALL OVER”. 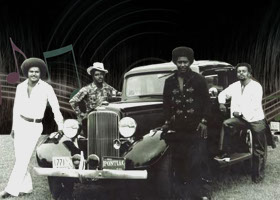 The sensuous, soulful music of this Boston group best known for their “YOU`RE MY MAIN SQUEEZE” punctuated the charts  early 70’s. 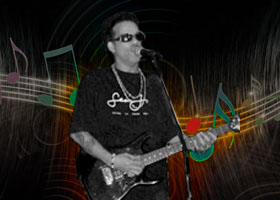 Mike Tyler’s Menagerie performed recently in Philly with some “Use Me” and Drinkin’ Tangeray Blues”, the latter featuring a hellifed drum ending and some great jamming by guitar, bass, drums and tambourine. “Chitlin Hoagie” featured a nasty breakdown by the power trio (bass, guitar & drums)!! “All Along the Watchtower” featured funky wah-wah guitarisms, a kickin’ bass solo and some tight drumming! “Maggot Brain” was followed by the funky “Papa Was a Rollin’ Stone”. Listen to Mike`s variation on the Cadillac Song. 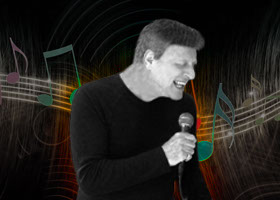 Billy Harner gave the BLUE EYED SOUL concept a new sophistication. So gospel-inflected voice, he sang with such depth of soul that listeners assumed he was African American gaining play on both pop and R&B radio stations. He was known as the HUMAN PERCULATOR.